Nearly everyone has been touched by cancer either through their own personal battle or through the battle of someone they love.  We participate in Relay For Life because we know we are making a difference in the fight to end cancer by raising funds and cancer awareness. 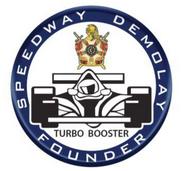 (10.07.2020) Steel City Chapter, Order of DeMolay, visited us during our October 7 stated meeting and came away with a familiar friend from “The Region”: The Hoosier Hammer.

Speedway Master Councilor Owen Vermeulen handed over the famous galloping gavel to State Junior Councilor Aaron Perez of Steel City at the conclusion of the meeting, which Vermeulen had presided over using the Hammer. Perez was joined during the visitation by fellow Steel City state officer Brandon Fleming, the State Marshal, as well as by Dad Andy July. 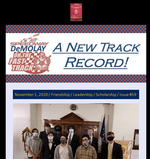 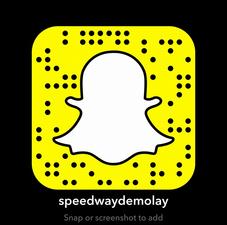 DeMolay based on timeless principles and practical, "hands on" experience.  Members develop civic awareness through community service projects, personal responsibility by planning and executing their own activities, and gain self-confidence through leadership and public speaking.

on the road again!

(10.20.2020) The month of October saw us make three official visitations for the 500-Mile and 200-Lap Clubs, allowing us to take early leads in both contests.

With the lifting of most restrictions on chapter visitations statewide, we hit the road on October 20 and visited Fort Wayne Chapter in New Haven to assist them in opening their stated meeting.

Then, two days later, on October 22, we made the short trip to West Newton with seven Speedway DeMolays and two advisors to assist with the conferral of the Initiatory Degree on six new members. Congratulations to West Newton Chapter on such a great class!

Finally, one week later, on October 29, we returned to West Newton for a very well attended Halloween pumpkin carving event. Nine Speedway DeMolays and three advisors made the trip,

Thank you for your support as Team demolay is first in the town of speedway for 2020 with 7 out of the top 10 individuals!

A fraternity of  leadership. 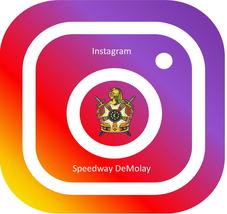 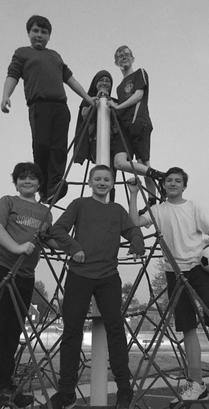 (10.14.2020) On Wednesday we made our way a couple of blocks south to Leonard Park to take part in a friendly intra-chapter kickball match, as ten Speedway DeMolays and three advisors participated in the tilt.

We started a bit early in order to have adequate daylight for the contest, which lasted about one hour. The game was six-on-six, with each team being saddled with at least one grizzled old advisor.

As always, the star of the game was “Wilson,” our Chapter volleyball turned kickball.

(10.24.2020) On Saturday we initiated into our Chapter two new brothers who already were brothers to each other. 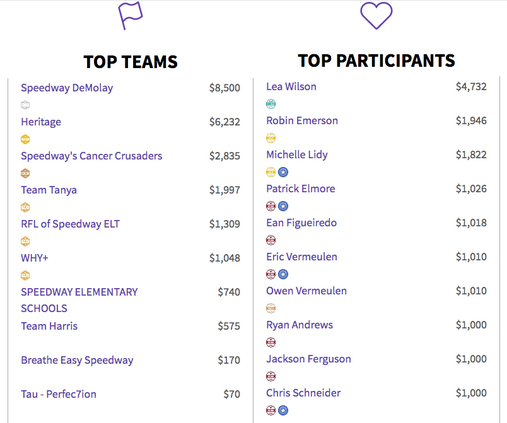 (10.16.2020) Freemasons Hall in Indianapolis was the setting on Friday evening, October 16, as two members of the Speedway DeMolay Family were honored by DeMolay International and Indiana DeMolay.

Congratulations are in order for Brother Griffin Vermeulen on being invested as a Chevalier, and for Dad Christopher Schneider on receiving the Honorary Legion of Honor.

Brother Griffin David Vermeulen, 18, joined Speedway Chapter on August 30, 2014, and was elected Indiana DeMolay's 91st State Master Councilor on March 14 and installed on July 11. A senior at Brownsburg Community High School, Griffin previously has held the offices of State Scribe-Treasurer and State Senior Councilor, and is a Representative DeMolay, an LCC graduate, and a multiple Heartland team and individual champion. At the Centennial Ritual Tournament last year, Griffin was part of Speedway’s world runner-up Ceremony of Light team, and he has earned the PMC-MSA three times, including the Centennial PMC-MSA. Griffin also holds the Founder's Membership Award and the Pro Merito, and was named both Indiana DeMolay of the Year and Indiana DeMolay State Officer of the Year for 2018, and Indiana DeMolay Sportsman of the Year in 2019. Griffin has been an active participant in Speedway Chapter’s Relay for Life program for the past six years, helping to raise over $35,000 for the American Cancer Society during that time span.

Dad Christopher Alan Schneider, 34, presided as Master of our sponsoring body, Speedway Lodge 500, in 2019, and has assisted Speedway Chapter in numerous ways, including through Relay for Life and many other civic service activities. This past year, he was one of the top ten Relay for Life individual fundraisers for the Town of Speedway. He has been an active duty Marine at various points while moving through the chairs at Speedway Lodge, serving in Afghanistan. 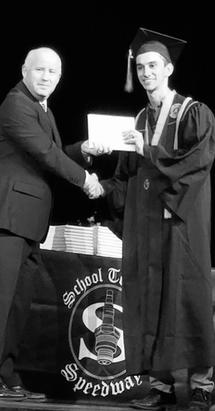 The Blue Honor Key is awarded to an active or senior DeMolay for being the first-line signer for ten new members initiated by a chapter. These ten membership applications do not have to be secured for any one class or in any one year. An active member who secures fewer than ten applications before he reaches his Majority may complete the requirements list after he reaches majority. Additional Blue Honor Keys, with stars to designate each multiple of ten new members secured, are also granted. 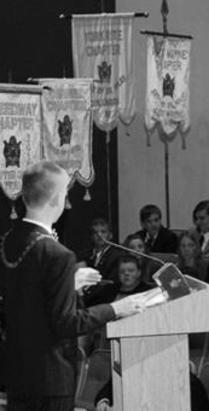 This marks the fifth year in a row that the tournament has been held, after being resurrected in 2016 during then-SMC Jake Vermeulen's term.

One new twist on the day for us was our “Speedway DeMolay Pitstop Pavilion.” Dads Elmore and Figueiredo arranged to have our pop-up shelter on hand, along with an ample supply of coldcut sandwiches, chips and liquid refreshment. It was a great place to enjoy some downtime together while other groups were taking their turns shooting.

Speedway DeMolay is open to young men 12 years and older who have a belief in a Supreme Being and be of good character.  It is a community-based international organization which emphasizes leadership skills and character-building within a program of social, sports, and community service activities. 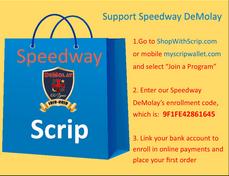 (10.24.2020) Saturday  was a very special day indeed for the Chapter, as we not only initiated new brothers and installed our officers, but also visited the world-famous Indianapolis Motor Speedway for a victory lap of sorts.

The moment of glory came at the conclusion of a year when the Chapter had a hand in initiating 83% of the new members who joined DeMolay in Indiana; raised its lifetime fundraising total to over $33,000 for the American Cancer Society; participated in 171 events, just shy of one event every other day; made the most 200-Lap Club visitations (21) and accumulated the most 500-Mile Club miles (1,527 miles, one-way); won its 9th consecutive State Ritual Tournament Championship; and conducted a successful DeMolay month in March, despite the COVID-19 challenges.

(10.24.2020) After powering through a difficult term in the midst of the COVID-19 pandemic, the officers of Speedway Chapter became the first Indiana chapter to be installed for a new term since restrictions were put in place back in February to stem the tide of the virus.

Owen Vermeulen, a freshman at Brownsburg High School, was re-installed as the Chapter's Master Councilor in front of a modest crowd that reflected the conditions brought about by the pandemic.

Vermeulen, 14, was initiated into the Chapter on April 28, 2018, and has earned the Representative DeMolay Award, the Lamp of Knowledge, and the Centennial Pro Merito Award. During the DeMolay Centennial, Owen also was named the Region IV winner of the Scottish Rite Southern Masonic Jurisdiction's Kach Essay Contest for DeMolays below 11th grade. Owen won 1st Preceptor outright at the 2020 State Ritual Tournament, and currently serves Indiana DeMolay as State Junior Deacon.